Through the village leads a wide sandy street lined with coconut trees. In the village centre there is a large shop selling a bit of everything, such as rice, drinks, sweets, soap, exercise books, cloths and petrol. Next to the shop are three bungalows offering basic accommodation. 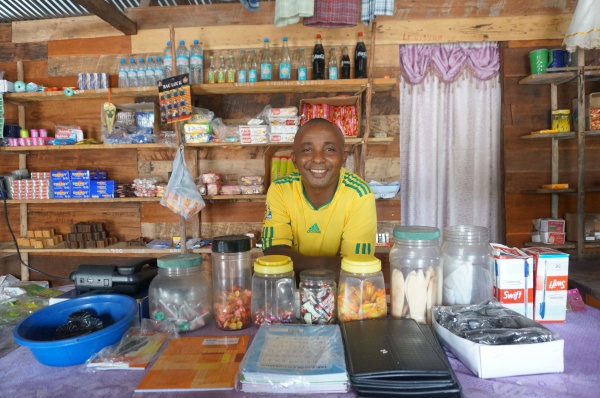 Ambodipont has a public primary school, established on the 24th February 2009.

The people of Ambodipont live from farming (cloves) and fishing. Throuhgout the harvesting months of September/October the cloves are picked from the trees and thereafter tried on large mats in the sun. When the sun hits the cloves, an intense scent of X-mas bakery is in the air.