With the size of a small rat, the Fat-tailed Dwarf Lemur is one of the smallest primates. The body length is about 20-23cm and the tail meassures 20-27cm. Depending on the season, the body weight varies between 120 and 270 gram. The nocturnal lemur has large eyes with dark, black rings around. The fur is brownish-red or grey, with a complete white undersite and white feet. The Fat-tailed Dwarf Lemur spends almost all the time in trees and moves by jumping with all four short legs. 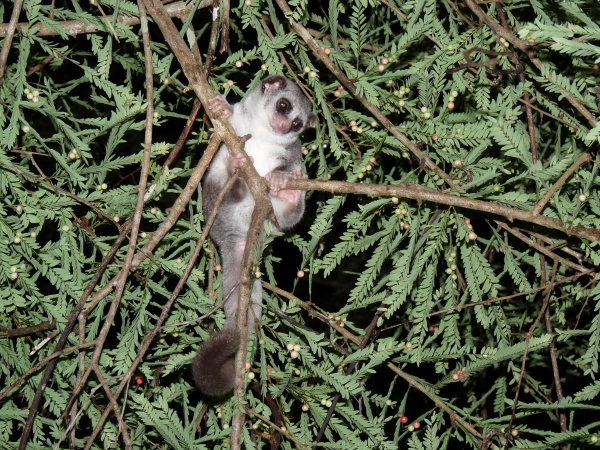 Photo of a Western Fat-tailed Dwarf Lemur in the Kirindy Forest by Miyabi Nakabayashi, 2010