Hotel de la Mer is located in a quiet street overlooking the sea close to the marketplace of Hell-Ville (Andoany) Nosy Be island, offering true Malagasy hospitality at its best.

Built in 1940, the hotel looks back at an interesting history. The original owners family Frey built the house as their private residence with two floors and giant open verandahs around the building. Therafter, the Franco-German family Patois from the Elsass region in France moved in and opened in 1963 the nearby Hotel de la Mer and restaurant. In 1980, the Malagasy family Andriamialy purchased the building and named it Hotel de la Mer. Until then, the family run the restaurant and hotel of the same name. They decided to close the original Hotel de la Mer and to turn the former private residence of the Frey family into a new hotel. 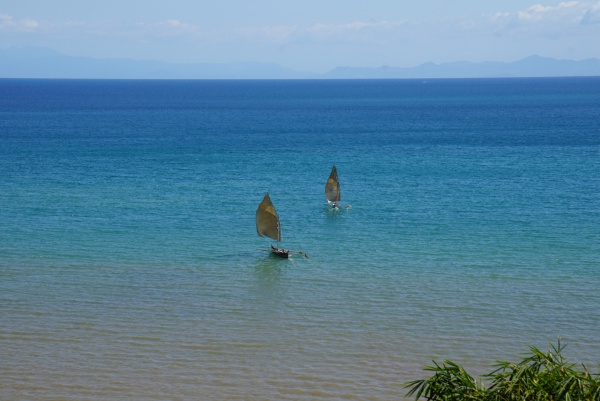 Over the years, a second floor was built and a total of 30 rooms for guests were created. By 2018, the hotel was again under major renovation work and only the upper floor with 10 rooms is available to guests. The remaining rooms and reception may still need some time, but Rome wasn’t built in a day either.

All rooms are spacious in size with balcony and bathroom and equipped with a ceiling fan and/or air-conditioning. Some rooms face the street, others offer an amazing view onto the bay.

The restaurant is only a couple of steps away from the hotel and is open 7 days a week. Beside delicious meat and fish dishes, the restaurant also offers a selection of pizzas prepared in a real pizza oven. Every Friday night, the owner performs together with other musicians. Those music events are a kind of open sessions and everybody who wants can join the band. 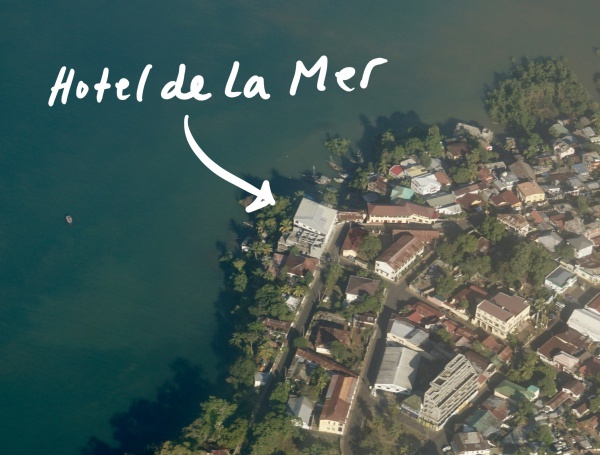