January 2017 update: ADEMA has stopped their convenient and reasonably priced shuttle service between Ivato International Airport and Antananarivo as the contract for the management of various airport services previously held by the company ended with the formation of the new airport management company named Ravinala Airports.

Current transport options to the city is taxi at about 50,000 Ariary or taxi-brousse at 800 Ariary. The taxi-brousse leaves from the junction by Mo Cafe, approximately 1km from the airport in the direction of the city.

Taxi Driver Richard is a reliable and reasonably priced English speaking taxi driver in the capital.

Tina's Tana Taxi is one of only three female taxi drivers in Antananarivo who with a big smile and a good sense of humour will likely find you the quickest route to your destination.

The ADEMA Shuttle, or ADEMA Navette, is a bus service operated by Aeroports de Madagascar between IVATO and Antananarivo. The bus will stop at various hotels in the city depending on where passangers are staying.

When leaving Tana for a domestic or International flight just ask your hotel to call the ADEMA shuttle and request them to stop directly at your hotel for pick up. No reservation is needed from the airport to the city. Just catch the next bus in front of the terminal after arrival. A transfer to/from the airport will take between 20 and 60 minutes depending on traffic. 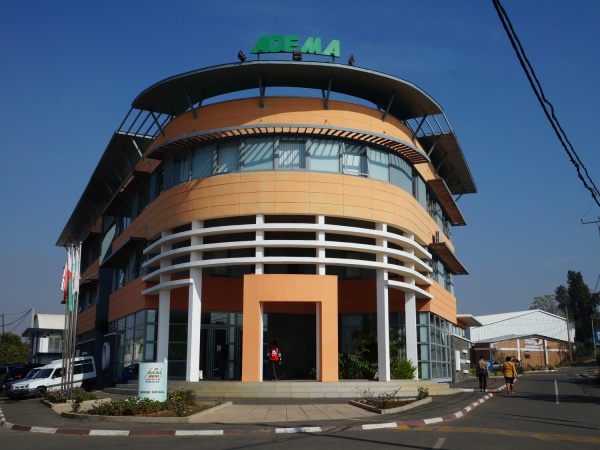