Often considered among his fans as the New King of Salegy, WAWA is a singer-songwriter of Malagasy music called salegy. His group revolutionises traditional Malagasy music while retaining its authenticity. WAWA made himself a name by performing with other renowned Malagasy artists recognised throughout the world. His band is also known in France as in Africa and especially throughout the islands of the Indian Ocean. 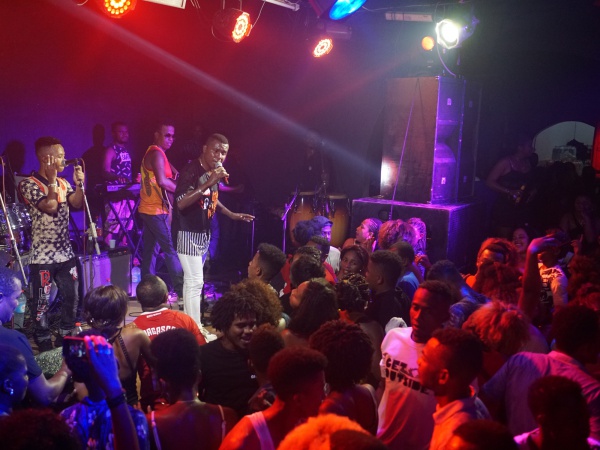 We had the chance to interview WAWA during his tour in Sambava and are happy to share the few things we learned about him through Jhenny's Q&A:

Jhenny: What attracted you to the world of music?
WAWA: Music has always been my pleasure, before when I was a carpenter, I played music for my pleasure, after, all my world turned to music, it became my job and my pleasure.

Jhenny: Explain us your creation process?
WAWA: I am a complete musician and artist, I can play almost every instrument. I bring my mobile studio with me wherever I go, when I'm quiet I start to create piece by piece, I do not take the moments of others and add parts, no, I start to compose by a blank page and I add moments pieces by pieces until I have complete music, I am the origin of A to Z of my music.

Jhenny: What is your source of inspiration?
WAWA: It depends, sometimes when I'm alone in peace I can create, but it also happens to me when surrounded by friends having fun and playing for pleasure.

Jhenny: What motivates you in this profession?
WAWA: As always, it's my fans who are my motivation, in 16 years of experience, my fans are only increasing, wherever I go, in Madagascar and abroad.

Jhenny: How do you react to criticism?
WAWA: I support it well. There are two characteristics of criticism; there is one meant to improve and there is another coming from jealousy, and I know to differentiate between them.

Jhenny: What advice do you give to beginners in this job?
WAWA: Before we thought that music was an illusory job, that we can not live with music as a profession, but now music is a respectable profession, we just have to be serious, if our fans did not let us down for 16 years means that we are serious, we respect this job, we respect our fans, when we give a concert, we give the enjoyment that the fans ask for, that's why they will always be starting every year to come to see us, if in every city and every year, our concerts are always full is by what we give all, me personally I give my body and my soul to create pleasure.

Jhenny: Do you ever take a taxi?
WAWA: Rarely, because in each region or city where I go, we rent a car for ease of our transport. But when I take one, I'm always well-disguised so that even the driver doesn't recognise me.

Jhenny: What is your favourite breakfast?
WAWA: Usually, it's fried egg, tea and fruits of the season.

What is your strongest life experience?
WAWA: It is the disappearance of my music teacher, the one who introduced me to the music "dr JB" and the death of my father also traumatised me.

Jhenny: What is the thing that irritates you the most in people?
WAWA: It is the lie and the deception, I can not stand it, when I work, I keep my seriousness and my professionalism and I wait for people who connect with me in the same way.

Jhenny: What does your normal day look like?
WAWA: My normal day is to wake up around noon after a night of performance and to think about the set-up, preparation and rehearsal of the next show, for me a normal day means a day where I play music.

Jhenny: What is your worst habit?
WAWA: I am someone very calm, but also easily irritable.

Jhenny: What are your short and long term plans?
WAWA: My project since a few years is to work every year with a new foreign artist, there was a great featuring that I made with Diamond Platnumz this year and we plan to work with Konshens the Jamaican artist next year. We do not stop doing something better and again. In the long run, God willing, I will never give up creating pleasure for my fans with this talent he gave me, and make no mistake, I will stay focused on this job that I love.

Jhenny: What is your best travel memory?
WAWA: When we go to Mayotte, it's a small island, but when we organise shows it's always full and in addition we organise more than 25 performances in a month, but people are more and more numerous and it touches me a lot, because if people come back it's because they really love me, it's because they're really happy with our work.

Jhenny: What is your best encounter with other artists?
WAWA: Young artists like Ngiah Tax, Basta Lion, Big MJ, Liko Kininike. For the older generations, I love artists who are often in contact with me like Din Rotsaka, Tianjama, Ninie Doniah.

Jhenny: If you win the lottery, what are you going to do or buy?
WAWA: I will create a big park for children, that's what's missing on Nosy Be, and I would call it "WAWA park" as wawa is a nickname that we often give to the baby, a park for children is better suited to my name WAWA.

Jhenny: What is your approach towards your fans?
WAWA: With my fans I'm always ready to please them, for me my fans must always be satisfied. Even during my performances if a fan asks me to sing a song from my old albums, I will do it even if it's not part of our program, that's how I'm ready to serve my fans.

Jhenny: What do you like in this job? And what don't you like?
WAWA: I love my work, thanks to that, I can feed my family, and especially the music connects me with the world. I do not do politics, but where I go, I'm received cordially even abroad when I produce. People come in large numbers. Thanks to this job, wherever I go I am well-received. The negative side of the work is the lack of sleep that usually causes frustration and nervousness. I think that even if it's a job/pleasure, always take a day off.

Jhenny: Tell us about your latest strategy?
WAWA: We stopped producing albums, we made only a few singles, for example three singles a year, because with the technology the VCD and the DVDs are not really in demand anymore, it's YouTube and Facebook that is working now. 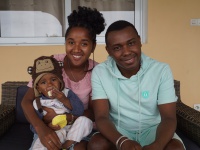 WAWA was interviewed in Sambava by Jhenny RAZAFIMALALA in September 2019. Jhenny is an occasional contributor on MadaCamp. For further information, contact via facebook.com/Jhenny.Emery or email jhenny@madacamp.com.

Transcript of WAWA's interview in French.